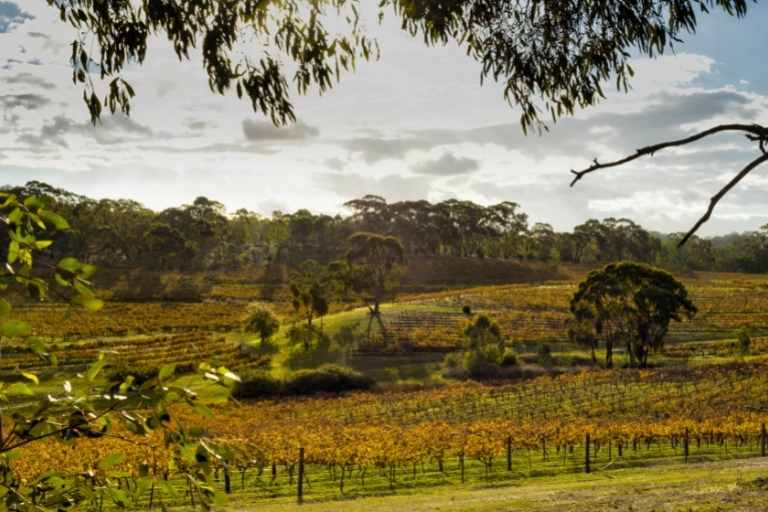 South Australia is located in Southern Australia and borders Western Australia, Victoria, Northern Territory, Queensland and NSW. It is the 4th largest state/territory measuring 983,482 sq km. Its capital is Adelaide.

The tourist regions of South Australia are:

There are so many things to see and do in South Australia:

Getting to South Australia

Adelaide Airport is located 8 km from the city centre, transport is available to the city

If you wish to use public transport to/from Adelaide Airport, Adelaide Metro offers a convenient JetBus service to Glenelg, West Beach and the City, servicing all stops en route.

JetBus is a Metro card service. Metro cards can be purchased from the airport ticket vending machine at the bus stop. The machine takes coins, notes and Ef.tpos

“Choose from trains, trams and buses with Adelaide Metro.

The Adelaide Metro Visitor Pass includes unlimited travel for three consecutive days as well as a visitor pack with maps and travel guides.

A tram ride through the city’s centre is free and will take you between the South Terrace tram stop and the Entertainment Centre at Hindmarsh.

Stay on the Glenelg-bound tram (fee applies) and you’ll be at Adelaide’s premier beach in about 30 minutes. The tram stops along Jetty Road (travel along Jetty Road is free) and terminates at the beach.

The main coach terminal in Adelaide is the Adelaide Central Bus Station. All coaches depart from and arrive at this terminal. Look at Greyhound Australia, LinkSA or Premier Stateliner”.

Car rental is available from the airport and the city centre. We use Rental Cars for car rental throughout Australia.

The best times to visit South Australia are in the autumn months between March and May and the spring months of September to November.

We use cookies on our website to give you the most relevant experience by remembering your preferences and repeat visits. By clicking “Accept All”, you consent to the use of ALL the cookies. However, you may visit "Cookie Settings" to provide a controlled consent.
Cookie SettingsAccept All
Manage consent

This website uses cookies to improve your experience while you navigate through the website. Out of these, the cookies that are categorized as necessary are stored on your browser as they are essential for the working of basic functionalities of the website. We also use third-party cookies that help us analyze and understand how you use this website. These cookies will be stored in your browser only with your consent. You also have the option to opt-out of these cookies. But opting out of some of these cookies may affect your browsing experience.
Necessary Always Enabled
Necessary cookies are absolutely essential for the website to function properly. These cookies ensure basic functionalities and security features of the website, anonymously.
Functional
Functional cookies help to perform certain functionalities like sharing the content of the website on social media platforms, collect feedbacks, and other third-party features.
Performance
Performance cookies are used to understand and analyze the key performance indexes of the website which helps in delivering a better user experience for the visitors.
Analytics
Analytical cookies are used to understand how visitors interact with the website. These cookies help provide information on metrics the number of visitors, bounce rate, traffic source, etc.
Advertisement
Advertisement cookies are used to provide visitors with relevant ads and marketing campaigns. These cookies track visitors across websites and collect information to provide customized ads.
Others
Other uncategorized cookies are those that are being analyzed and have not been classified into a category as yet.
SAVE & ACCEPT